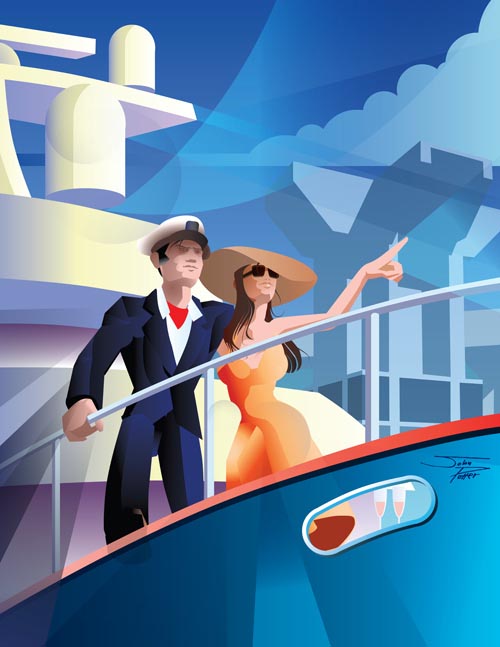 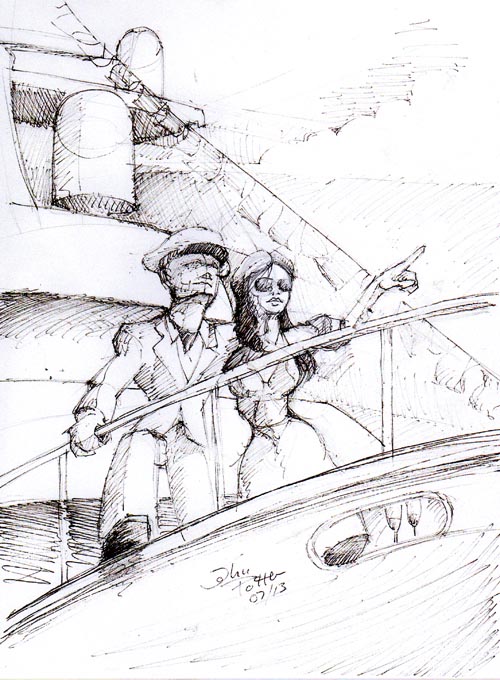 Deco Style Illustration - This is a boat show program cover concept I developed on speculation.
I had been looking at the work of the futurist movement in Italy a lot as an alternative to a Deco look to capture a South Florida feel and felt this was a good time to try such a look. Although Art Deco is considered the look and feel of South Florida, most original Art Deco applied to design and not illustration or figurative art (with the fine exception of Tamara de Lempicka). As a result I have been looking to other similar art movements for inspiration and have come to truly admire the works of the Italian Futurists, particularly Tullio Crali.

For this illustration I wanted to capture that bold sense of motion and excitement. I also needed to convey an inherent sense of class. On the practical side it's also nice that illustration provides lots of negative space to drop type over.

Here are some more examples of my illustration work: