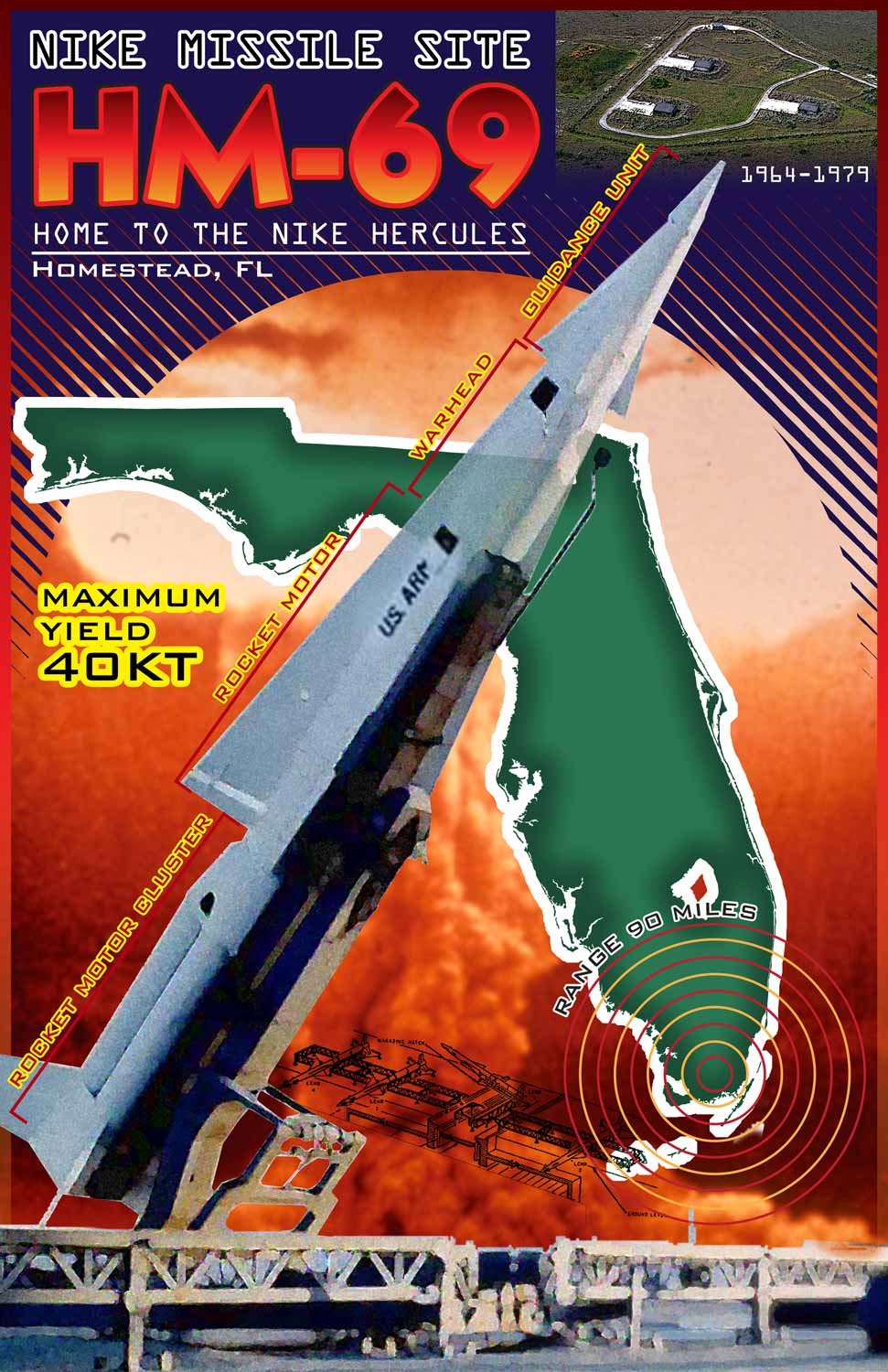 I created this information graphic because I love visiting the HM-69 Launch site. The facility was largely a reaction to the Cuban Missile Crisis and the new feeling of vulnerability particularly in South Florida. Each shed housed several nuclear armed Nike Hercules missiles with a maximum yield of 40 kilotons each. That's not a huge explosion as nuclear weapons go, but this was an antiaircraft weapon intended to be shot into flights of nuclear armed bombers. This means that once the Nike Missile exploded several enemy nuclear weapons would be falling from the sky along with all the radiation from the explosion. Some might explode and some might break open and just contaminate the environment for hundreds of years. Either way it would have been very bad.

I drew the distance circles accurately using Range Rings for Google Earth (RINGS). You will need Google Earth Pro if you want to use RINGS. I got the public domain photos from Wikimedia Commons.