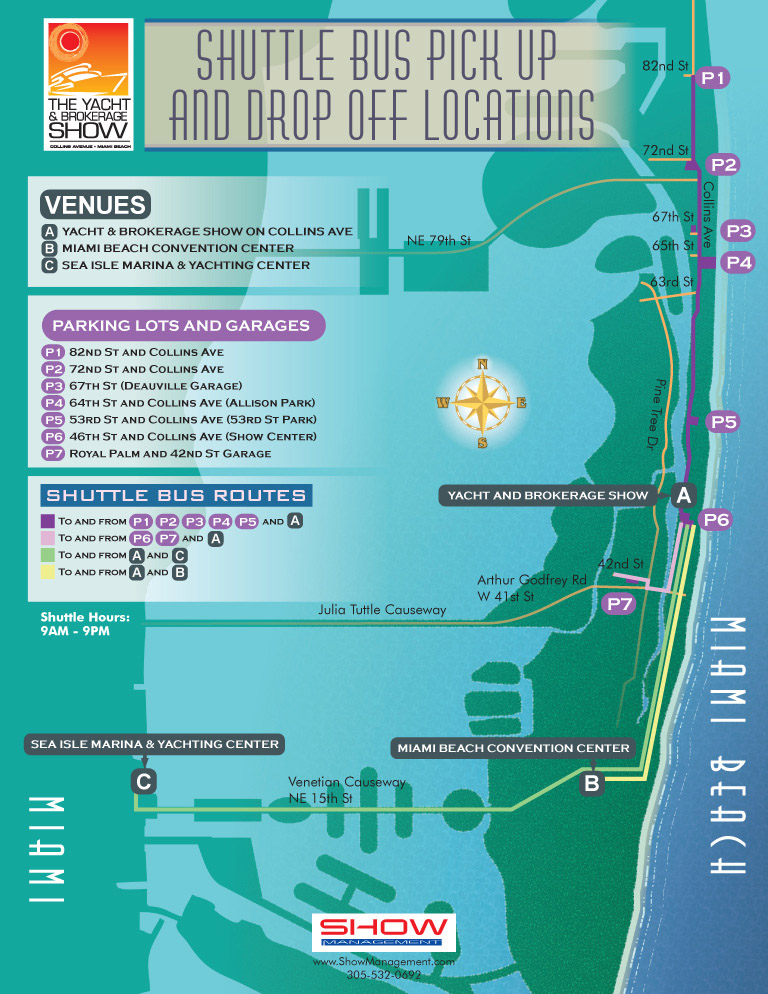 MAPS FOR BOAT SHOWS IN MIAMI:

These maps are frequently familiar since the view is usually directly overhead and they can resemble a conventional street map you may have in your car (if you're nostalgic). The need for accuracy, readability and selective emphasis are paramount on these maps. I render as little or as much as the client wants and feels is helpful. The most important thing is that the user can find what they need to find... frequently while driving.

In some recent cases I am using geodata to create a map in a more conventional cartographic fashion. Maps with a high density of streets and stuff require an outside source for information because just tracing it from somewhere is far less efficient and usually at least somewhat inaccurate. I always put my own look and feel spin on it none the less.

Of course I do have cases where a 3D view has been desirable and it can certainly help to visualize the site in the real world. Especially in an area dominated by a pronounced visual landmark something that looks more real than a street map can be very helpful.

My name is John Potter and I work under the title Escape Key Graphics. I have over twenty years of experience in illustration and graphics. My clients range across multiple industries, states and countries including large corporations and small businesses. Projects include illustration and design of maps, book covers, posters and more.