Illustration of Boats at a Marina 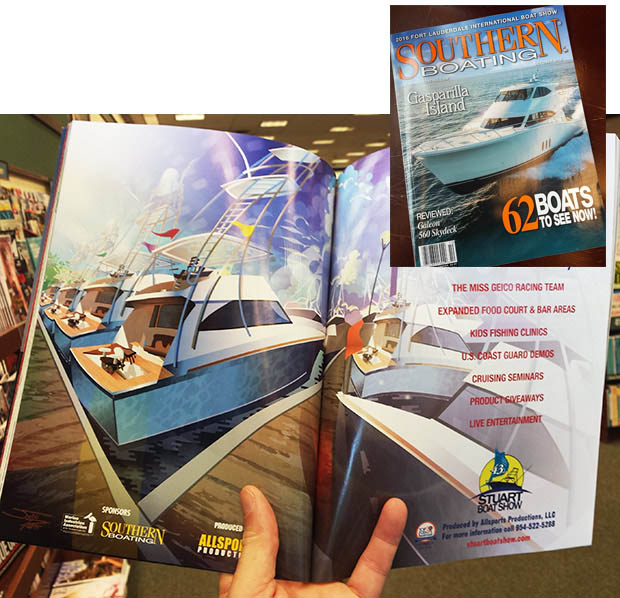