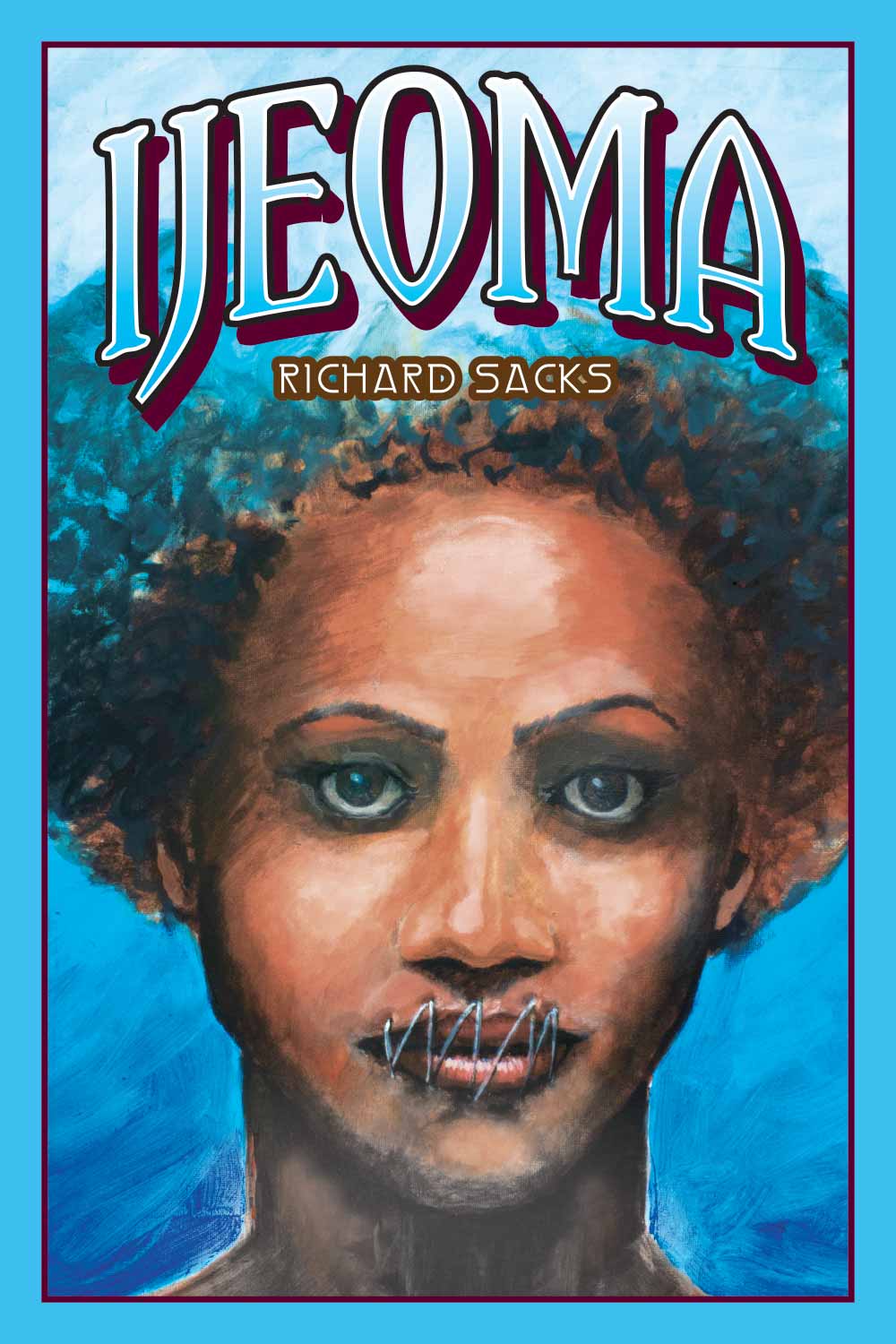 This illustration is an acrylic painting on a stretched canvas 18"x24". I used lots of reference photography, but didn't use any one single model. The woman you see in the illustration is one hundred percent fictional and a product of my imagination only. This is one reason I didn't hesitate to change her looks a lot as I went along. Hiring a model for reference photography would have been a good idea, but I didn't go about it that way.
The book is a story about a young mom from Nigeria and her experiences with genital mutilation, custody and immigration battles, and more.
The original concept was far more complex, but we decided something that could hold up well when greatly reduced was better.
The stitched mouth was both a metaphor for genital mutilation and the attempts of people to silence her. The concept beyond the stitched mouth was a bold portrait of a strong and defiant, young, attractive, Nigerian woman.

Purchase the book on Amazon.

There's a popular saying that you shouldn't judge a book by it's cover, but people do. If you've invested your time, money and effort into a piece of literature or a publication of any sort you need to get the best, most eye catching cover you can. I've been told by authors that my cover illustration sold more copies of their book than their literary content. On the one hand that's a little sad, but on the other that author reached readers he wouldn't have otherwise. Another thing of note is the comparison of photography to illustration. I love photography and sometimes that's the right choice for a cover, but an illustration can more clearly describe an ambiguous concept or depict a fictitious location as well as other things you just can't go out and take a picture of. In an illustration I can also control color brightness manually down to digital precision as well as a lot of other specific details you just can't in a photograph.

I've illustrated a lot of book, magazine and other publication covers over the years. I'm not sure when I made my first, but I think the oldest one I'm showing on my site right now is the cover of Phillip Singer : An Accounting from 2011. It was an oil painting done by hand and photographed, then I did the graphic design in Illustrator and Photoshop. All of my recent cover work is done solely on the computer and most of it is vector based.