My client requested an illustration that targeted a specific demographic. Rather than the high end superyacht crowd they wanted this illustration to appeal to families, sport fishermen and buyers in the 40 to 50 foot yacht range. They provided me a great deal of creative freedom to come up with pretty much whatever I wanted provided it achieved the goal of appealing to that specific group and literally depicted a family, some fishing gear and a boat in the 40 to 50 foot range. Of course I wanted it to stylistically match the previous illustration I did for the same show in look and feel. I did many sketches and studies and settled on this distorted perspective that accommodated most of the vessel and the family clearly. I also chose a palette that was a little more exciting and sporty rather than rich and luxurious. Usage rights remain available and art prints and related merchandise is still available from my Society6 store.

Here are some examples of development sketches... 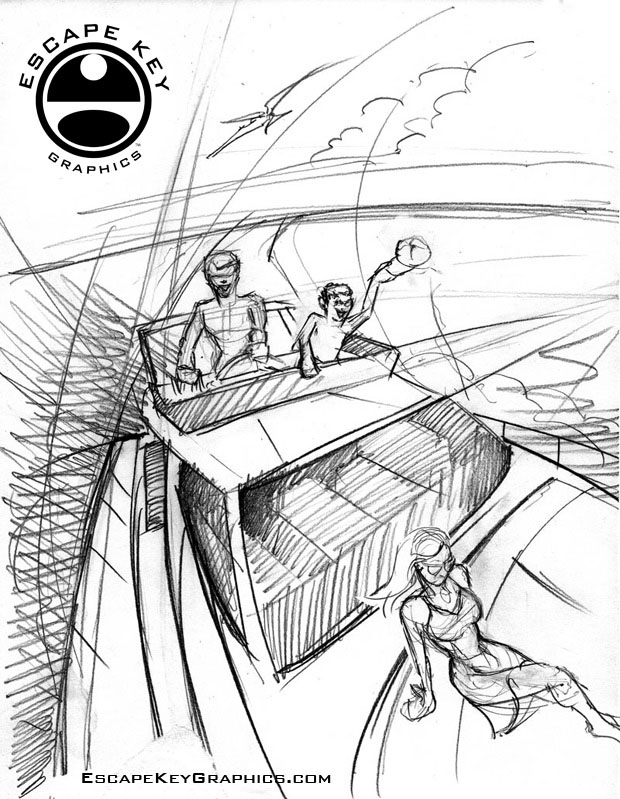 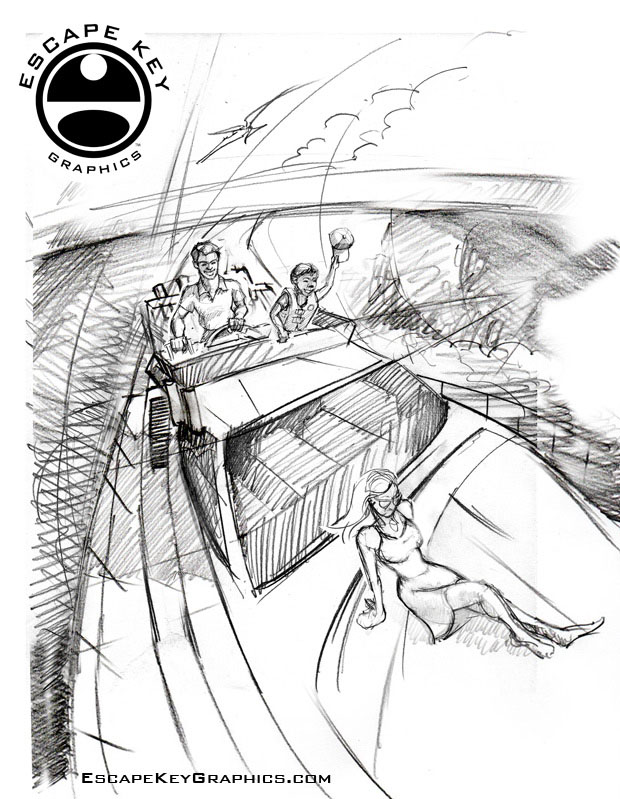 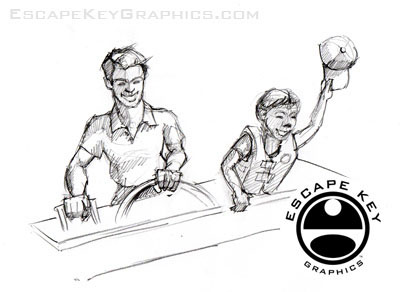 Here are some examples of the illustration in use... 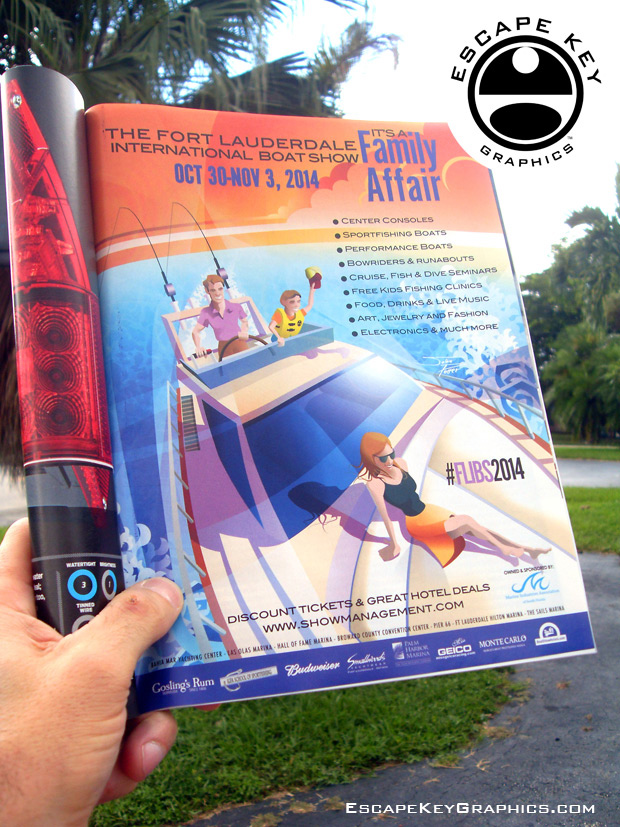 The illustration ran in ads in Boating Magazine and more 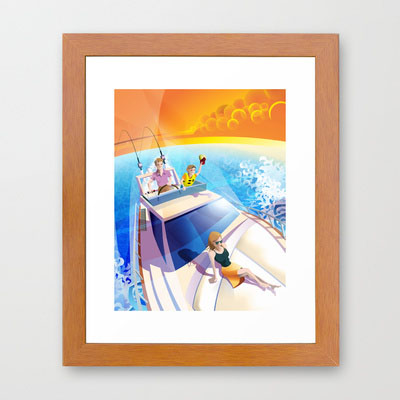 The illustration for sale as a print 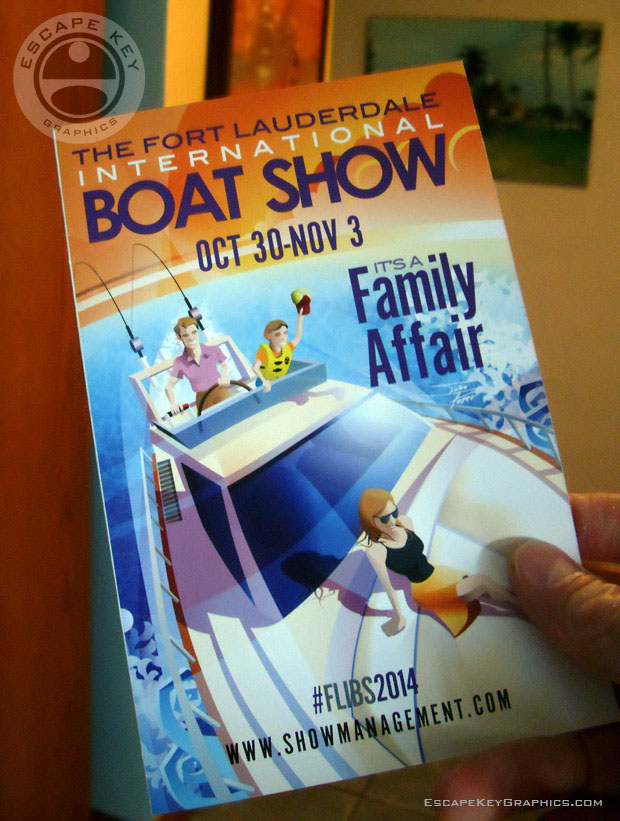 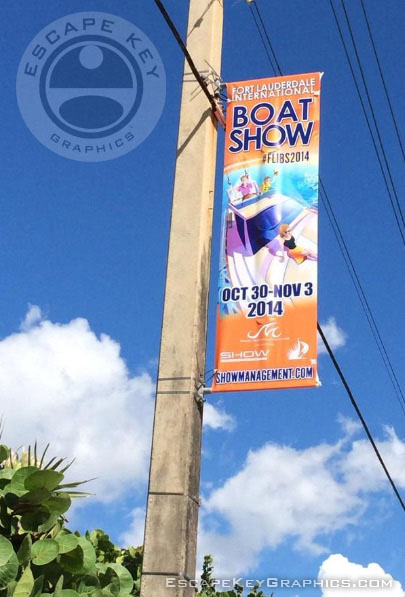 The illustration as used on banners around Fort Lauderdale 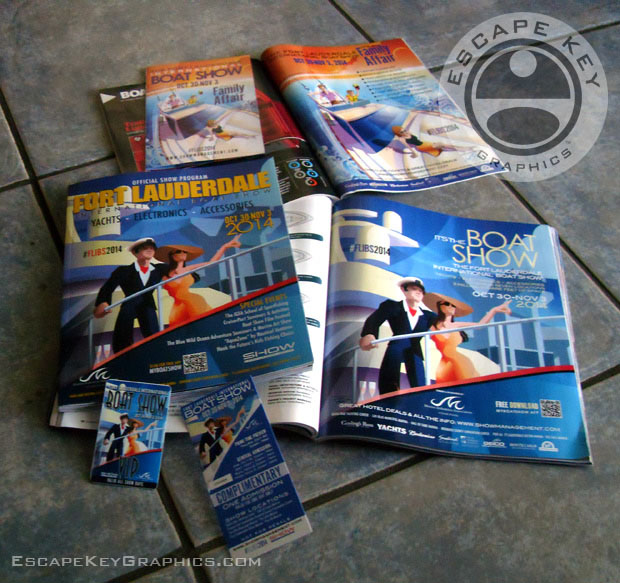