Once a location was established I went on site and measured the box. I created both a flat, scale, projection drawing of the box and created a 3D model in Sketchup. The model allowed me to see how the sketch would really fit wrapped around the boxes and the flattened projection was necessary to create final art that wraps seamlessly around the boxes.

This specific box is at the intersection of Pines Boulevard and Flamingo Road on the southeast corner.

This box features an augmented reality feature. To view the augmented reality you will need to install the EyeJack app on your smart phone. Note that I am not tech support or affiliated with EyeJack (although they seem pretty cool). Also note that results can vary on site depending on lighting etc.
There is a QR Code on the box you can scan with the app to download the necessary file to your phone. 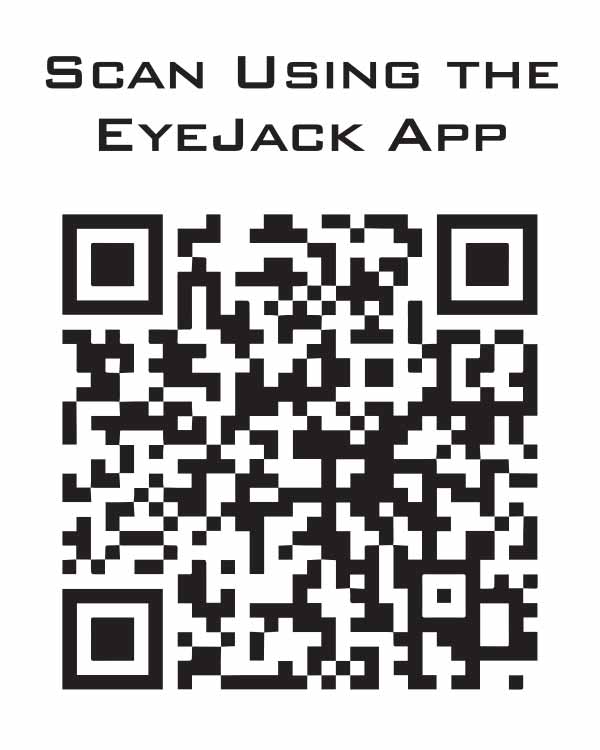 If you are using a device other than your phone to view this you can scan the QR code and you can test it with the image above. This will also save you some data if you have a WIFI connection right now. 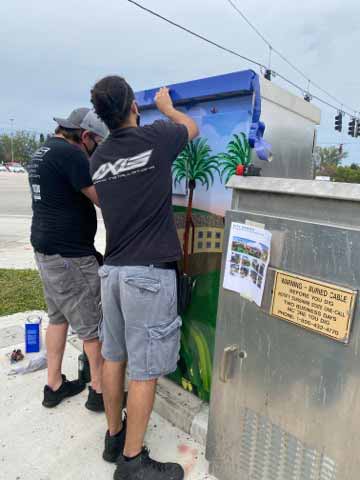 Vinyl printing and installation by Color Reflections. Notice the mockup and art from above taped to the other utility box as a guide.