To learn more about The Catamaran Company visit Catamarans.com 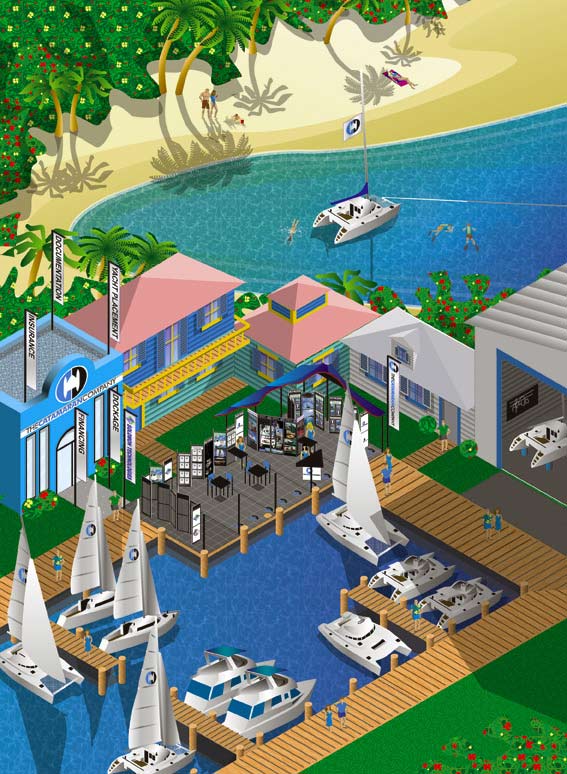 This landscape was intended to encompass all aspects of one company's operations. It was ultimately used for a stained glass type window treatment in their corporate office.

Artist, Illustrator: John Potter - Escape Key Graphics.
The illustration is the property of The Catamaran Company 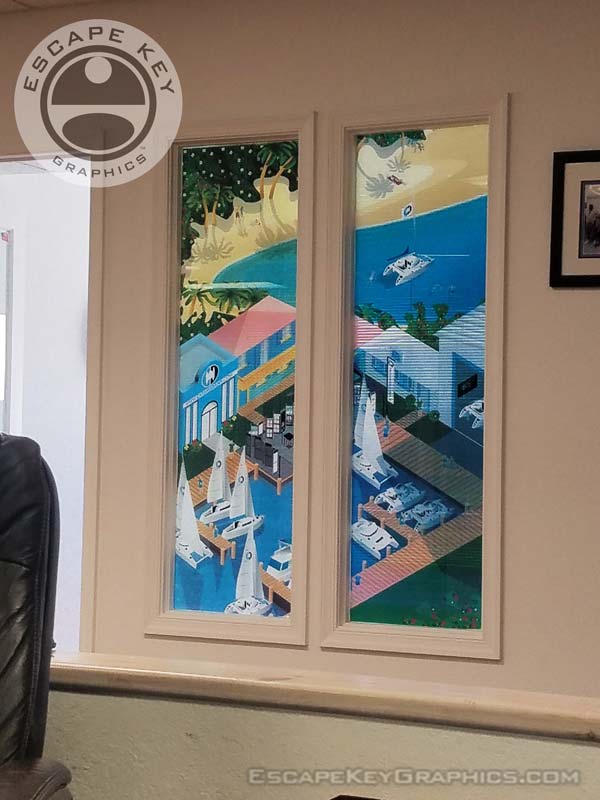 WORK FOR THE CATAMARAN COMPANY:

The Catamaran Company specializes in catamaran sales and charter, but through their many affiliates they also offer parts and service, marina servies at some select locations as well as many other services. The Catamaran Company has offices in many locations including Fort Lauderdale and The British Virgin Islands.

The Catamaran Company was my full time employer at one time. Now they are my freelance client.

WHAT ARE AXONOMETRIC AND ISOMETRIC ILLUSTRATIONS?:

Axonometric and isometric drawings don’t have realistic perspective. I use specific mathematical formulas to draw this way. In these images things further away don’t appear smaller and therefore have equal weight of importance to things nearby. My axonometric maps and illustrations are generally bold and have a slightly cartoon like look. This method of rendering perspective is commonly used in technical and engineering drawings. I began using this method of drawing as an illustration tool in 2007.